The Gauldens and Gouldings of Liberty County, Georgia (late 1700s-post Civil War) … are a very interesting family … with many Gaulden family members attending ‘Midway Congregational Church‘ (published 1899) for which there is a written history … included within the history is a decent amount of ‘who married’ and ‘who begat’, and quite a bit of history about the different families that attended the church.

No index exists for the book, but the following Gauldens and Gouldings are listed therein:

Gloucester, Virginia, 1653, was essentially settled as a plantation area by a number of Massachusettans from Gloucester, Massachusetts. One of the best known is the Richard Ripley family, whose daughter or sister Elizabeth Ripley married John Golding.

It is curious then that Palmer and Peter Goulding’s names can be found to be members of this same church. This line of Gouldings (Goldings) came from Massachusetts and settled in Dorchester, South Carolina about 1712-1714, and then built a plantation just over the state line in the Liberty County, Georgia area. (This line of Gouldings had a notorious falling out over slaves, as the Massachusetts family, which appear to have been invested in the plantation, did not approve of the way slaves were treated). The Goulding brothers appear to have gone separate ways — and memory of the Massachusetts link became lost to most southern family members.

Also included are numerous references to the Spencer family, with whom the Gauldens were close.

Today there is a Spencer Gaulden Road in the county, which essentially runs between sites of former plantations. 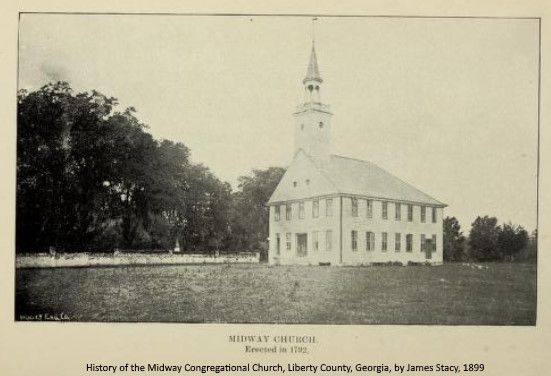