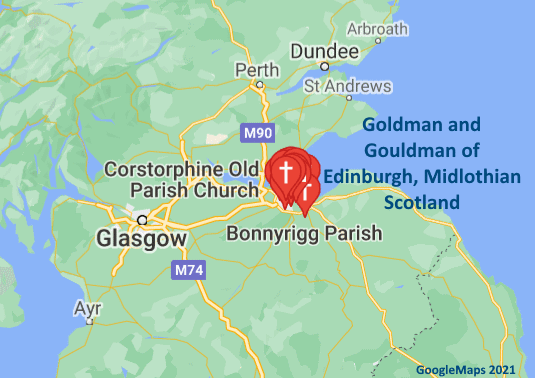 >>> Issobell appears to have been a very popular girls name among Scottish Goldmans. An Issobell Goldman (Gouldman) married:

There may have been some Gouldmans since 1910 in Scotland, but Issobell Gouldman of 1677 is the only one to appear in a marriage record before 1910. Chances are that she was a Goldman, of whom there were numerous.

S: Scotland, Marriages, 1561-1910 … 4,281,188 RECORDS … Index to selected Scotland marriages. Only a few localities are included and the time period varies by locality.