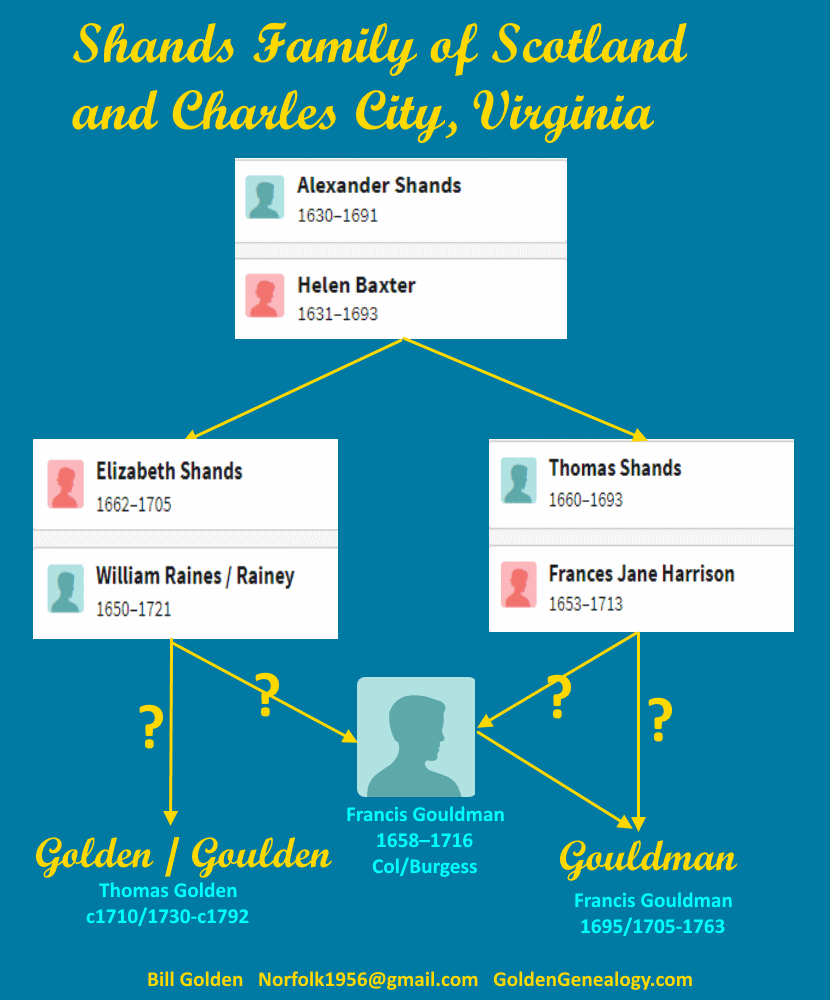 Golden, Gouldman and Raines/Rainey lines have a common DNA connection (MRCA?) in the Alexander Shands (1630–1691) and Helen Baxter (1631–1693) line. There is no known Shands MRCA in either the Golden or Gouldman line.

+++ For Goldens and Raines/Rainey, this connection appears to be Shands/Baxter child Elizabeth (Akels or Lucina?) Shands (1662–1705) married to William (Thomas) Raines aka Rainey (yDNA tested, 1650–1721). It is this William Raines/Rainey that reached some ‘agreement’ with Francis Gouldman in 1715/16 — Francis died late in 1716 and it appears the agreement was not paid for, so a lawsuit waged against the Gouldman estate.

………. The lawsuit was settled in 1718, with final settlement by Thomas Waring in 1719 after an Essex, Virginia court ordered him to show it the estate settlement book(s). It is also this Raines line that is closely associated with Barbara Goulden, c1720-1792/4 of Randolph County, NC. The William Raines/Rainey line moved to Randolph County after the lawsuit was completed. For more info, see ‘Rains vs Gouldman Estate, 1718 ~~~ Goulden is Result?‘