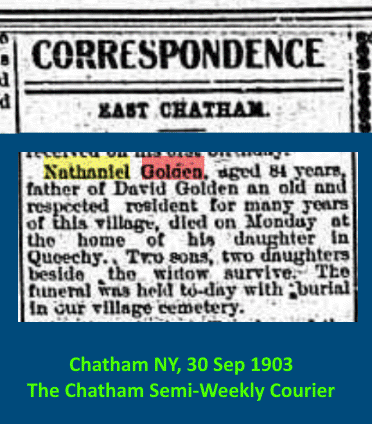 East Chatham, New York … Nathaniel Golden has passed away … September 1903 … age 84, born about 1819. Where  born is not listed … had a son named ‘David’ … per the obituary has a total of two sons and two daughters and a widow surviving him; names not listed … was living with his daughter in Queechy, New York at the time of his death.