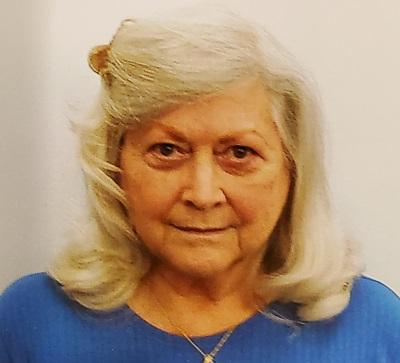 Teri’s Goldens were once Goldings with close association with the Mount Airy, Surry, North Carolina and Orange, Orange County, Virginia Goldings. Her line can be tracked back to 1776 to Thomas Golding, married to Elizabeth Cook or Cave.

During the Civil War, her great-grandfather Henry Dickerson “Richard” Golden, 1847–1926, chose to support the Union and joined the 3rd Mounted Infantry Regiment (UNION) of Tennessee … Richard was joined by three brothers who also volunteered to serve in the 3rd Regiment: Logan, Hasting and William Golden. After the war, all chose not to return to North Carolina.

Richard Golden married Louisa Weir Croushorn 1843–1931 in 1869 and moved to Indiana, where great-granddaughter Teresa Diane (Teri) Golden would be born in 1944.

>>> Most genealogies claim NOT to know who were the parents of Thomas Golding, born 1776. Based upon documentary evidence, that would be true. I can find no linking or suggestive documentation as to parents. However, based upon the period and the places (Orange Co and Surry Co), it is highly likely that these Goldings are related to William Golding, c1704 VA – 1782 SC, and Elizabeth Foster, c1704 VA – 1775 SC.

… One Ancestry genealogy claims these Goldings were born in Virginia but the parents were from New Jersey. This New Jersey theory is not likely since the claimed parents never left New Jersey.